The subject of safety on the hockey field is completely ignored. A mouth guard doesn’t provide much protection against a hard ball or a flying hockey stick.

Last month my 17 year old son had to have surgery for a broken jaw caused by a fly ball during a game. He was playing like he does on weekends and got a full ball against his jaw. It was on the pitch, not during a penalty corner.

His jaw fractured in two places; one on the right near the wisdom tooth and in the middle. He has now had three plates fitted to secure the brakes and allow the bone to repair itself.

Since returning home, he finds it difficult. It will take about six months to fully return to what it was. He eats creamy soups and yogurt and that might last a while.

One of the complications mentioned was the loss of sense of his injured side due to the nerve that could be damaged there. It could have been much worse with the loss of an eye or worse.

He has been playing for a few years now, as have my husband and youngest daughter. My husband regularly comes back from his games mentioning injuries that have happened and had a few injuries in his youth where he needed stitches.

The rules seem very strict about wearing a mouth guard. But if someone is shot in the head, a mouth guard is a small protection and will do nothing to protect the rest of the face.

Hockey is a dangerous and potentially deadly game and should be treated as such. It’s actually amazing that players in all positions don’t wear full head protection!

Like everything, it is when accidents occur that we become aware of the risks.

It’s like the seat belt in a car, now it seems obvious to everyone that a seat belt should be worn.

It seems very obvious to me that head protection equipment must be worn at all times by field hockey players. I would certainly be one of the first to sign a petition. 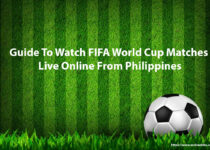