The 36 year old and four time singles Grand Slam champion said she loved being a mummy but missed the tennis world tour. She added that,” These last 7 years ,I have been a full time mum.And I love it. I really do.But I also loved being a professional tennis player. And honestly I missed that feeling.”

Her return next season was warmly welcomed by WTA chairman Steve Simon.” Kim Clijsters ranks among the greats of the game and her return to the tour is exciting news for fans around the world. 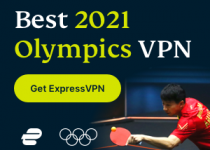