Euro 2021 will be held on 11th June, 2021 and last played on 11th July, 2021. The coordinators reported the cut off time date to declared their group squads. All groups who qualified for Euro 2020 in 2021 [ Group A, Group B, Group C, Group D, Group E & Group F] , need to affirmed their 23 players list including three objective attendants ten days before the beginning of the competitions. UEFA Euro 2020 squads official date set between 15 May to 31st May 2021.

Coach: Şenol Güneş
A six-time title-winning goalkeeper for Trabzonspor and Turkey, Güneş coached his country to third place at their only recent FIFA World Cup in 2002. He won two championships in charge of Beşiktaş, prior to reprising his Turkey role in 2019.

Key player: Cenk Tosun
Güneş knows how to get the best out of Turkey’s attacking focal point, having been the striker’s boss during a successful collaboration at Beşiktaş. Not outstandingly quick or giant of stature, but a hard worker and a thoroughbred finisher.

Coach: Roberto Mancini
One of the best forward players of his generation, though never that lucky with the Azzurri, Mancini is eager to sparkle as an international coach after winning club trophies in Italy, England and Turkey.

Key player: Marco Verratti
Like his coach, the midfielder is yet to replicate his club form with the national team. Mancini’s possession-based football, however, seems just perfect for the Paris man.

Coach: Robert Page
A former defender who represented a number of clubs including Watford, Sheffield United and Coventry as well as winning 41 caps for Wales, Page started his managerial career with spells at Port Vale and Northampton Town before. He joined the international setup as Under-21s coach before becoming assistant to the senior side and then taking the top job on a caretaker basis.

Key player: Gareth Bale
Despite turning 31 in the summer, Bale remains the talisman and is Wales’ all-time record marksman. A huge influence on and off the field, and now back at Tottenham, he has scored crucial goals throughout his international career since debuting in 2006.

Coach: Vladimir Petković
Sarajevo-born, Petković has called Switzerland home since 1997 and took the national-team helm in 2014. The Swiss have not failed to reach a major finals since.

Key player: Granit Xhaka
A tough tackler with excellent vision, Xhaka is the glue that binds this Switzerland side together. The fact Switzerland surrendered a 3-0 lead against Denmark after his 79th-minute substitution to draw a March 2019 qualifier, tells you a lot.

Appointed to succeed Åge Hareide after the originally scheduled finals, the former Nordsjælland coach took over anyway in July 2020.

With 100 caps in the bag, the 28-year-old is among the world’s best attacking midfielders, a technical player who makes Denmark tick.

A five-time Finnish champion with HJK, Kanerva spent 12 years with the Under-21 national team and as assistant to the senior side before taking the reins in 2016.

Long earmarked as a player of great goalscoring talent, Pukki has found another gear since signing for Norwich in 2018. His goals have powered Finland’s recent success.

A Spanish midfielder who carved out a niche in English football, Martínez has been in charge of Belgium since 2016.

The former Spartak Moskva and Russia goalkeeper took charge in summer 2016 and, after two years of mixed friendly results, steered the hosts to the quarter-finals of the 2018 World Cup.

Zenit’s tall centre-forward is Russia’s captain and their top scorer among active internationals, getting closer to Aleksandr Kerzhakov’s record of 30.

The Oranje have plenty of squad depth but much of the attacking burden falls on the powerful Lyon forward, an indefatigable runner with a fearsome right foot.

A brilliant striker who won the 2003 UEFA Champions League and 2004 Ballon d’Or while at AC Milan, Shevchenko is sixth in the all-time UEFA club competitions scorers’ chart with 67 goals.

Ukraine’s current top marksman (only Shevchenko, on 48, has more), Yarmolenko remains his side’s main creative threat despite being short on first-team football at West Ham.

Capped twice by West Germany, Foda has spent the majority of his coaching career with Sturm Graz, winning the league and cup. He has been Austria boss since the start of 2018.

Austria have had difficulties unlocking defences over recent years, but in China-based Arnautović they have a forward who invariably finds the key.

Angelovski was appointed in October 2015 after two years in charge of Rabotnički, having led them to a domestic double and a pair of Macedonian Cup wins.

The versatile Genoa forward is now 37 and in his 20th season in Italy, but his powers of creativity, vision and passing are undimmed. Pandev is North Macedonia’s captain, record scorer and record appearance-maker, and fired them to the finals with a play-off winner in Georgia.

The manager was best remembered for his EURO ’96 semi-final penalty miss, until he took to reviving his country’s fortunes from the dugout.

His country’s captain and talismanic striker, Kane remains integral to Southgate’s plans despite the emergence of an exciting crop of youngsters.

A former midfielder who never represented his country, Dalić took over from Ante Čačić in 2017 and led the team to the 2018 World Cup final.

The 2018 Ballon d’Or winner is now in sight of Darijo Srna’s record 134 caps, not only captaining the side but setting the midfield tempo with his vision, energy and slick passing.

The former Chelsea player started his coaching life as Ruud Gullit’s assistant at Newcastle United in 1998. He took the Scotland helm in May 2019 after a fruitful tenure at Kilmarnock.

An old-fashioned Scottish midfielder, McGinn is a quality player who brings more to the side than his ability to tackle and pass. His enthusiasm and tenacity drives the team on, and the Aston Villa man is also a threat when he gets into the opposition box.

Holder of the record for most Czech top-flight appearances (465), the 59-year-old won two titles as coach before taking the Czech reins in September 2018.

All-action midfielder who plies his trade at Hertha Berlin, he leads by example and inspired the surprise qualifying victory over England.

Luis Enrique stepped down in June 2019 for personal reasons but returned to his post the following November after qualifying had concluded. He previously guided Barcelona to UEFA Champions League glory in 2015.

The glue that holds the defence together, Spain’s most-capped player also features among their top ten goalscorers, partly after pulling rank on penalty duty.

The brains behind Sweden’s recent renaissance, Andersson took charge in 2016, steering his side to a first World Cup in 12 years, then topping a UEFA Nations League group including Russia and Turkey.

Jerzy Brzęczek steered Poland through qualifying, but was replaced in January 2021 by Paulo Sousa, who represented Portugal as a midfielder at EURO ’96 and UEFA EURO 2000. A varied coaching career has so far taken him to England, Hungary, Israel, Switzerland, Italy, China and France.

Poland’s most-capped player and all-time leading marksman, the Bayern striker remains one of the game’s most lethal predators.

The assistant assumed temporary charge for a second time in October when Pavel Hapal departed the helm after the play-off semi-final, but was given the job on a long-term basis in December 2020. He was on Ján Kozák’s coaching staff for EURO 2016.

Slovakia’s most-capped player and all-time top scorer, the 33-year-old captain remains the heart of the national team. Now in China at Dalian Shide, Hamšík dictates play from midfield, with enduring energy and stamina. It is hard to imagine a successful Slovakia side without him.

The Italian former defender had coached in Hungary for four years when he took over the national-team helm in June 2018.

Strong in the tackle, Leipzig centre-back Orban is a no-nonsense defender who also offers a real threat at the other end of the pitch. His four international goals since committing to the Hungary cause in October 2018 make him his country’s second top scorer over the past two years.

A journeyman defender, Fernando Santos coached Portugal’s big three clubs, taking charge of the national team in 2014 after a stint as Greece boss. He steered them to success at EURO 2016 and the inaugural UEFA Nations League.

Portugal’s most-capped player and all-time top scorer will be 36 if he features at EURO 2020, and will be looking to scratch a small itch: he has never top-scored at a EURO or World Cup finals.

Deschamps captained Les Bleus to victory at the 1998 World Cup and EURO 2000. France boss since 2012, he led them to World Cup glory in 2018 and can secure the second international double of his career at EURO 2020.

The influence of EURO 2016’s best player and top scorer on the team has deepened with time; he scored three and set up seven in EURO 2020 qualifying, and has since overtaken Zinédine Zidane in France’s all-time top scorers rankings.

Freiburg’s record scorer, Löw has been Germany coach since 2006 and inspired them to World Cup glory in 2014.

One of the few veterans of 2014 left in a youthful squad, Kroos is an exceptional passer who dictates the pace of Germany’s transitions.

In the above table you can see the rundown of each of the 24 groups, who qualified for Euro 2020. On the off chance that any player got harmed before the cutoff time date will be supplanted however some how the cut off time date, the harmed player supplanted after appropriate clinical of his physical issue.

There are a few rules that each group in Euro 2020, needs to follow. When the authority 23 players list submitted it will not change if there is any injury. The harmed player before the cutoff time date can be changed which is set 10 days before the first match of competition.

All groups need to reported their beginning XI, for the installations 1 hour before the match started. The shirt numbers dependent on the players determinations for the Euro 2020. Which means numbers gave from 1-23 for the groups. 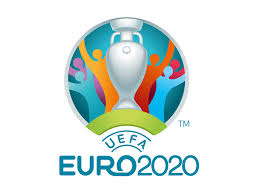